DAYS AND TIME: Monet's gardens will welcome visitors everyday including public holidays from 9.30 am to 6 pm -last admission 5:30pm- from April 1st through November 1st, 2022.

Visitors must have a pass, wear a face mask and maintain social distancing measures. 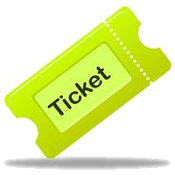 Note: Guided tours upon appointment only.

How to come to Giverny

Museums,   Castles  and  Attractions in the area.

An introduction to Claude Monet's Garden

List of plants and flowers of Claude Monet's garden

Inside Claude Monet's house in Giverny

Who is Claude Monet

Talk : A Site for Sight, Monet in his garden at Giverny 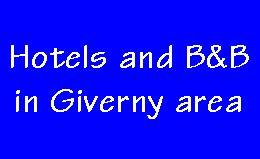 Hotel, Palace or Farm ?
Do as Claude Monet :
Select Giverny area
for your next Stay in Paris !

There are two parts in Monet's garden: a flower garden called Clos Normand in front of the house and a Japanese inspired water garden on the other side of the road.

The two parts of Monet's garden contrast and complement one another.

When Monet and his family settled in Giverny in 1883 the  piece of land sloping gently down from the house to the road was planted with an orchard and enclosed by high stone walls.

A central alley bordered with pines separated it into two parts. Monet had the pines cut down, keeping only the two yews closest to the house to please Alice.

From this Clos Normand of about one hectare, Monet made a garden full of perspectives, symmetries and colours.

The land is divided into flowerbeds where flower clumps of different heights create volume. Fruit trees or ornamental trees dominate the climbing roses, the long -stemmed hollyhocks and the coloured banks of annuals. Monet mixed the simplest flowers (daisies and poppies) with the most rare varieties.

The central alley is covered over by iron arches on which climbing roses grow. Other rose trees cover the balustrade along the house. At the end of the summer nasturtiums invade the soil in the central alley.

Claude Monet did not like organized nor constrained gardens. He married flowers according to their colours and left them to grow rather freely.

With the passing years he developed a passion for botany, exchanging plants with his friends Clemenceau and Caillebotte.  Always on the look-out for rare varieties, he bought young plants at great expense. "All my money goes into my garden," he said. But also: "I am in raptures."

In 1893, ten years after his arrival at Giverny, Monet bought the piece of land neighbouring his property on the other side of the railway. It was crossed by a small brook, the Ru, which is a diversion of the Epte, a tributary of the Seine River. With the support of the prefecture, Monet had the first small pond dug ; even though his peasant neighbours were opposed. They were afraid that his strange plants would poison the water.

Later on the pond would be enlarged to its present day size. The water garden is full of asymmetries and curves. It is inspired by the Japanese gardens that Monet knew from the prints he collected avidly.

In this water garden you will find the famous Japanese bridge covered with wisterias, other smaller bridges, weeping willows, a bamboo wood and above all the famous nympheas which bloom all summer long. The pond and the surrounding vegetation form an enclosure separated from the surrounding countryside.

Never before had a painter so shaped his subjects in nature before painting them. And so he created his works twice. Monet would find his inspiration in this water garden for more than twenty years. After the Japanese bridge series, he would devote himself to the giant decorations of the Orangerie.

Always looking for mist and transparencies, Monet would dedicate himself less to flowers than to reflections in water, a kind of inverted world transfigured by the liquid element.


Monet had it built by a local craftsman. By the time the garden was restored the bridge was too damaged to be saved. It had to be rebuilt by a firm from Vernon. It is made of beech wood.

The wisterias have been planted by Monet.

500 000 visitors discover Monet's gardens each year during the seven months that it is open.

To prevent people from treading on the plants, and thus retain the garden's beauty, the inner alleys are closed to the public. Visitors walk on the side alleys and can walk all around the garden to admire all its perspectives.

To get to the water garden you go through an underground passage (at the time of Monet it was necessary to cross the railway and the road). You will step on the Japanese bridge and explore all the hidden recesses of the water garden.

Taking pictures is permitted in the garden, but only from the walkways. Picnics are forbidden. Dogs and other pets are not admitted.


After Claude Monet's death in 1926, his son Michel inherited the house and garden of Giverny. He did not live there and it was Monet's step-daughter Blanche who took care of the property. Unfortunately after the Second World War the house and garden were neglected. In 1966 Michel Monet made the Academie des Beaux-Arts his heir.

In 1977 Gérald van der Kemp was appointed Curator  at Giverny. André Devillers, who had the opportunity to go with Georges Truffaut - a distinguished gardener often invited to Monet's table - helped him reconstruct the garden as it was by the time of the master. Many contemporaries of Monet testified also.

Almost ten years were necessary to restore the garden and the house their former magnificence. Not much was left. The greenhouse panes and the windows in the house were reduced to shards after the bombings. Floors and ceiling beams had rotted away,  a staircase had collapsed. Three trees were even growing in the big studio.

The pond had to be dug again. In the Clos normand soil was removed to find the original ground level. Then the same flower species as those discovered by Monet in his time were planted.

Thanks to generous donors, mostly from the USA ,the house was given a facelift. The ancient furniture and the Japanese prints were restored. Then the visitor areas were fitted out.

The property has been open to the public since September 1980.

Inside Claude Monet's home in Giverny

Who is Claude Monet

Talk : A Site for Sight, Monet in his garden at Giverny